The existing steam, condensate and hot water systems and equipment were demoed, and new geothermal systems and equipment were installed in Buildings 11 and 56; utilizing high efficiency geothermal heat pumps and dedicated outside air energy recovery units for ventilation. Lighting upgrades were done to Buildings 24 and 25, with associated occupancy sensors. Building 26 was similar to 11 and 56, but the existing system was a two-pipe hot water boiler and air cooled chiller.

Building 52 involved sealing and caulking at the thru-wall air conditioning units, and upgrades to the thermostat control of the lobby roof top unit and lamp replacements in the common area lighting. All buildings required phasing to be coordinated with the Government to keep portions of the buildings occupied during construction.

Total construction cost of the project is $8.1 million. 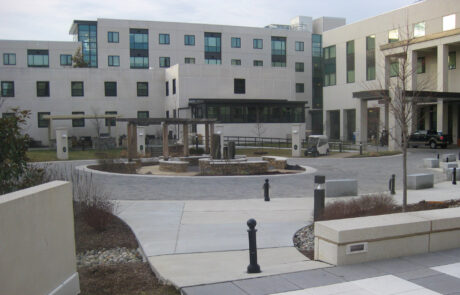 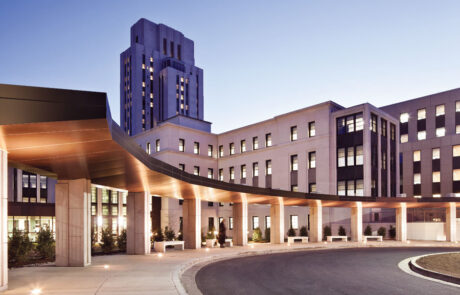 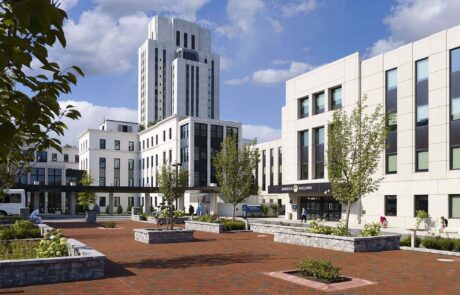 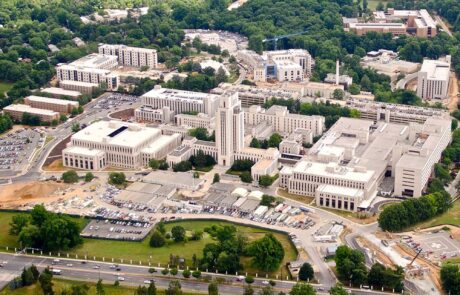