Demolition of the existing building was extensive, leaving only the original exterior brick walls of the structure. With the conversion to a brewing facility, new utility services were coordinated to provide additional capacity to the site. A new 1600A, 208V switchboard along with several distribution panels were designed to serve the large-scale brewery equipment, kitchen, mechanical equipment, and elevator. Energy efficient decorative LED lighting accents the restaurants spaces, while a new fire alarm system maintains a safe environment. A+S coordinated with process engineers to provide the MEP services required to serve the sensitive brewery equipment.

The existing building HVAC systems were all demolished back to a bare building. The new HVAC systems consisted of four new multi-stage rooftop units with gas heat, electric DX cooling, UV-C lamps for coil sterilization, and economizer operation. The building ventilation was also controlled with the rooftop units. Allen + Shariff created a shaft to route the conditioned air from the roof mounted units down to the various floors and zones within the building. Multiple styles and shapes of duct were used in an all-exposed ceilings to contribute to the industrial building look and feel of the space. The HVAC systems serve the bottling, dining, and kitchen areas of the building.

A new 6” sanitary main was installed to handle the new load of the restaurant and micro-brewery fixtures, as well as a new 4” grease waste main was installed to connect all plumbing fixtures where grease is produced and is routed separately to an exterior grease trap. There were two new storm mains (6” and 8”) installed that connected to an existing storm main below grade and exits the building. 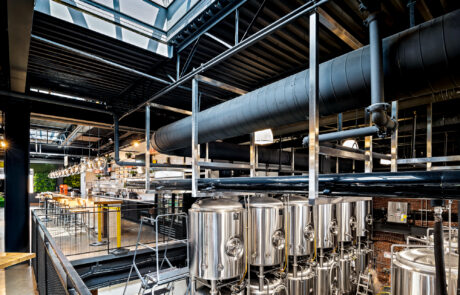 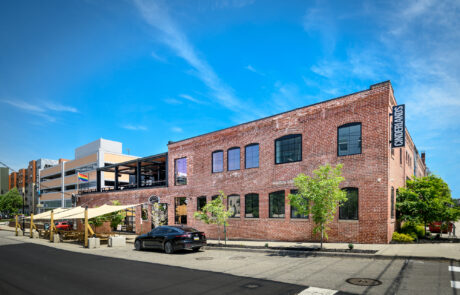 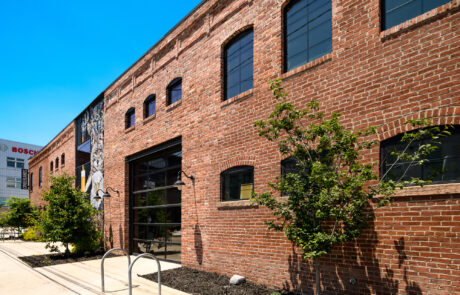 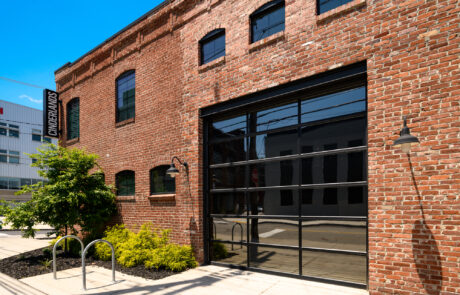 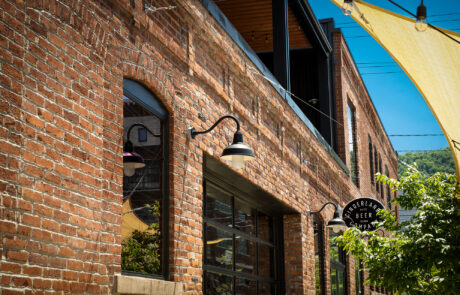 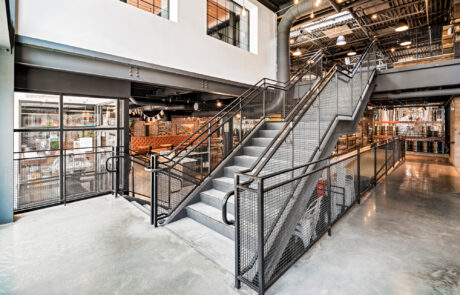 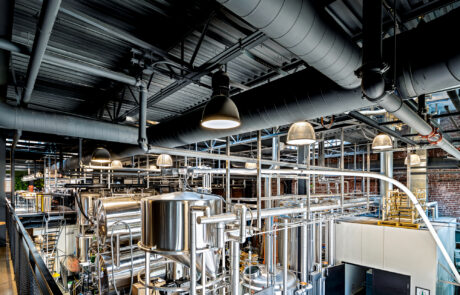 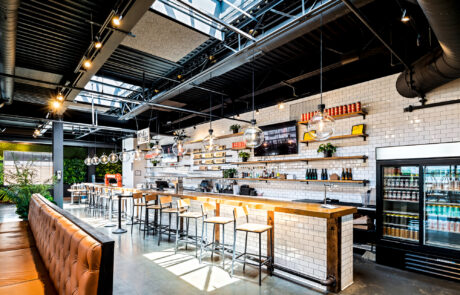 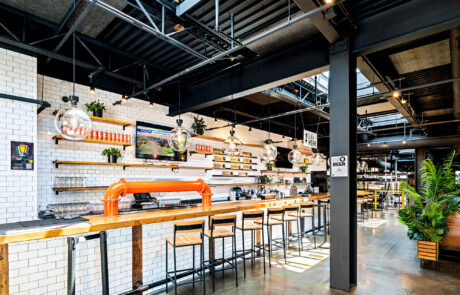 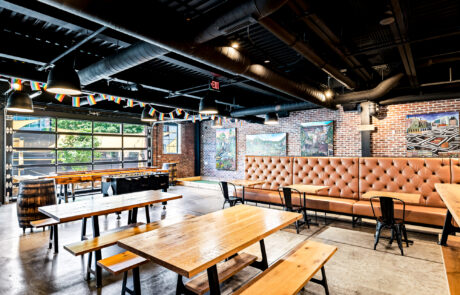