The changing scenery along Penn Avenue in Pittsburgh’s East Liberty neighborhood has long told the story of broader shifts in the urban landscape. One hundred years ago, this site held pieces of a residential street grid that supported industrial plants and retailers fronting Penn Avenue. In more recent decades, a public school welcomed the East End/s middle school students. In 2010, Google’s debut in the former Nabisco Factory sparked a new wave of development in which Strada has played a major role. Working with Walnut Capital, Google, and other tenants, Allen + Shariff helped shape a 21st-century, mixed-use urban neighborhood by re-purposing and stitching together these sites from the past.

The images above show the second new building rising out of the Bakery Square 2.0 Master Plan. The 215,000 square foot, LEED-Gold facility is now the hub for technology tenants including Google and Autodesk. Many of the same elements that have drawn residents to the apartments next door (Bakery Living) are attracting high-tech tenants to this commercial building: natural daylight, open space, access to trails and transit, green streets and infrastructure, and a variety of other amenities. 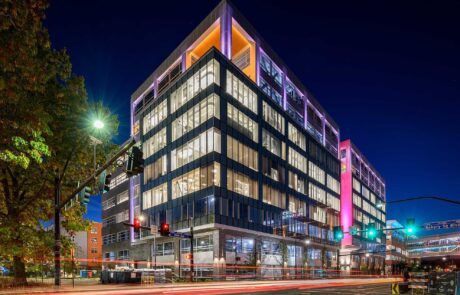 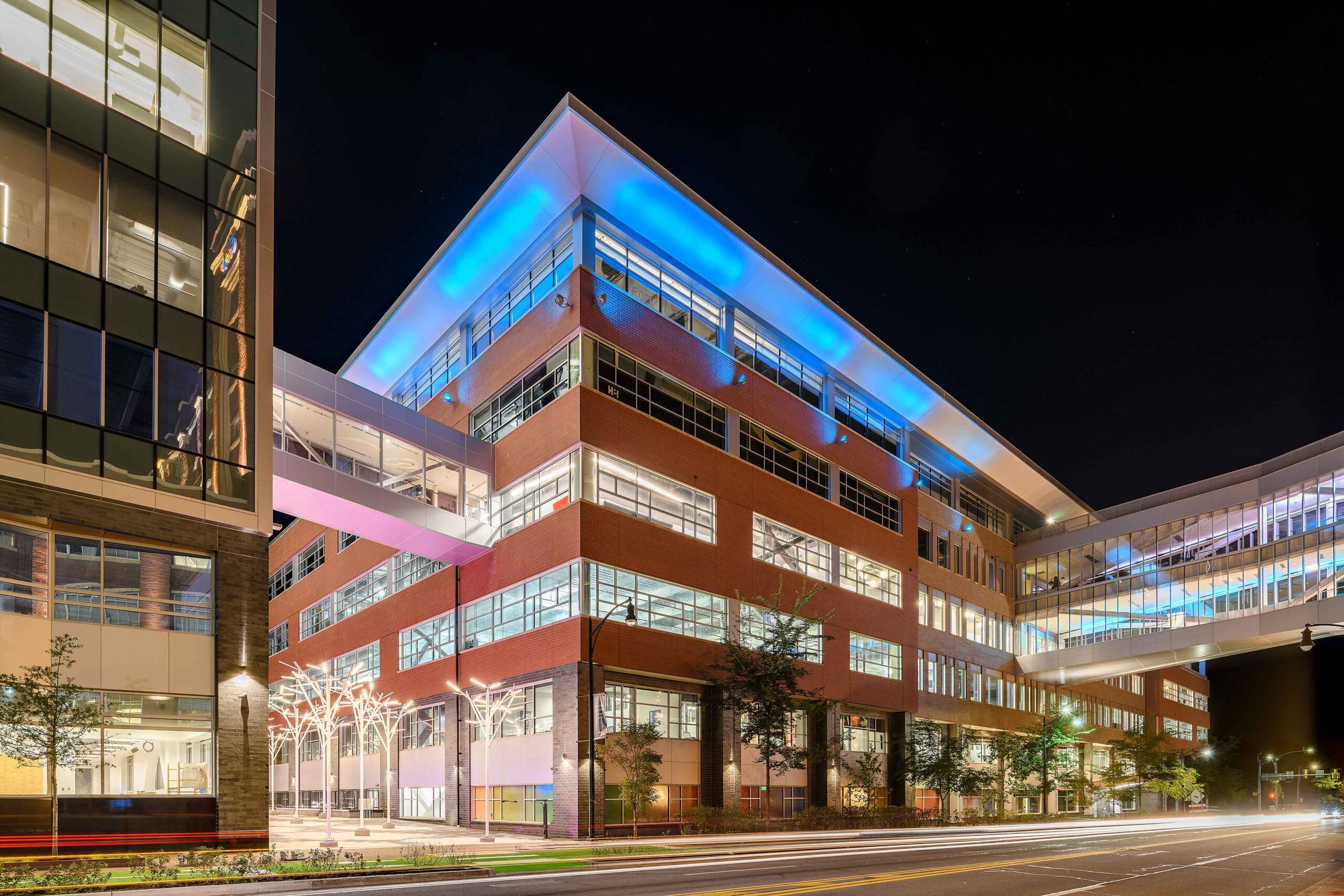