Allen + Shariff provided MEP/FP engineering design services for the repurposing of the 9-story, 157,930 square foot former Art Institute of Pittsburgh building. The retail spaces on the lower level were designed as a vanilla box while the upper-level office spaces were designed as a conditioned core and shell. The first-floor lobby, amenity spaces and lower-level amenity spaces were fully fit-out during design. Core restrooms were also upgraded throughout the building. Allen + Shariff has also designed several tenant spaces within the building including the City of Pittsburgh offices and the Urban Redevelopment Authority offices. This project was the recipient of the 2019 NAIOP Pittsburgh Renovation-Office Award.

Highlights of the MEP design elements include a new Edwards fire alarm system with voice evacuation as well as a two-way communication system at the elevators. A firefighter BDA antenna system was also installed.

An nLight ECLYPSE lighting control backbone system was installed with a network bridge located in each electrical room on every floor. The new system will allow for tied building controls and energy efficiency. New energy efficient LED lighting was designed throughout. Exterior façade lighting was a focus of the project to accent the building’s historical structure.

New gas-fired roof-top units were utilized with distribution provided to the lower floors for extension into the future tenant spaces. 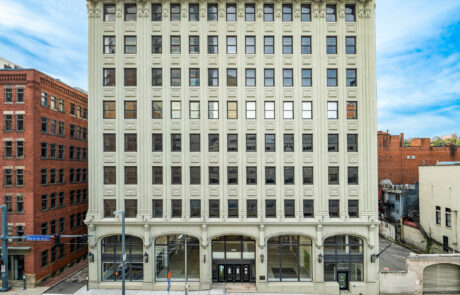 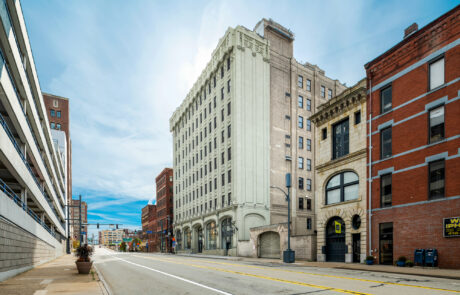 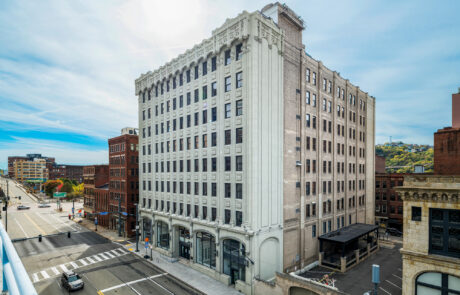