Allen + Shariff performed Mechanical, Electrical, and Plumbing design services for the demolition and reconstruction of St. Paul’s by the Sea Episcopal Church, a 3,500 square foot church rectory that had been damaged due to a fire. The reconstruction included a church, administrative and meeting room, library, nursery, and storage space. In an effort to avoid future catastrophes, the design included life safety upgrades, including the addition of a 20 hp fire pump, a new sprinkler system, and expansion of the existing fire alarm system.

In addition to the required life safety upgrades, a new three-phase electrical service was provided which consolidated the three existing services that served the facility. A separate electrical service was brought to the facility to serve the fire pump as well. New general and emergency egress lighting was provided throughout the renovated space.

In addition to this reconstruction, Allen + Shariff also oversaw MEP engineering design services for a 1,200 square foot rectory addition, which included a new entry, elevator, office space, ADA toilet room, and upper level lobby with a kitchenette and a balcony for gathering. Existing mechanical equipment was relocated to accommodate the addition, and the existing hot water boiler was modified from oil-fired to gas-fired. Split system mechanical units were added with hot water heating coils and direct expansion cooling coils, and outside air was introduced through an energy recovery ventilator. Domestic hot water for the addition’s toilet room and kitchenette was achieved with an instantaneous gas-fired water heater. The majority of the light fixtures were LED, exterior lighting was controlled from a time clock and interior lighting was controlled with occupancy sensors. The fire alarm and sprinkler systems were modified to support the renovation and addition. 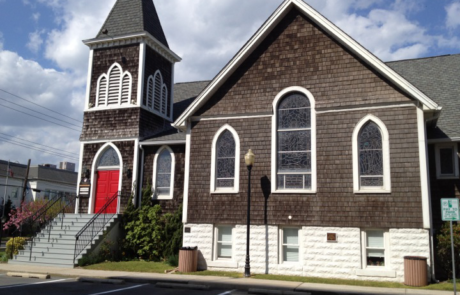 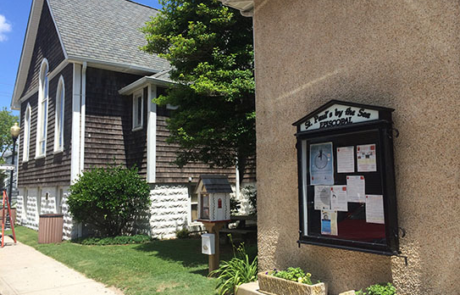